The 7 Best Hill Stations in India India is a beautiful land with diverse landscapes and varied climates, ranging from the biting cold to the blistering hot. But the best Indian climates to spend time in are the hill-stations; perfect little pockets of verdant greenery and cool weather round the year. No wonder people flock to hill-stations to escape the summer heat on vacations and weekends.

While many hill stations were established by Indian rajas and maharajahs, kings and great kings of India; more than 50 of these hill stations were established by the British during their occupation of India. Some of the interesting hill-stations include Dahramshala, Leh, Gangtok, Shillong, Dalhousie, Gulmarg, Lonavala, Mahableshwar and Panchgini, Dehradun, Coonoor, Kasauli and Satputara, Yercaud, and so many more.

But some of the best hill stations are Ooty, Shimla, Darjeeling, Kodaikanal, Gangtok, Nainital, Mussorie, and Kullu Manali. 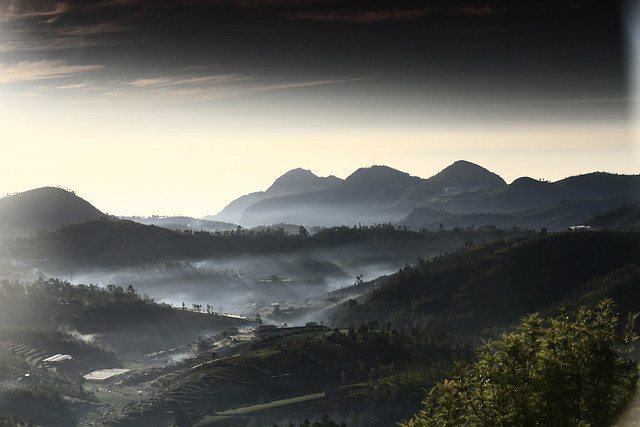 Ooty, is a sort of nickname for Ootacamund, the ‘English’ version of Udhagamandalam. Located in the Niligiris, in Southern state of Tamil Nadu, Ooty is a major Indian tourist attraction. The 2.5 kilometre Ooty lake that covers over 3885 square kilometres was built by John Sullivan in 1824 by building a dam to hold in the water from mountain stream; and is perfect for boating and paddling.

The nearby slopes lined with Eucalyptus trees give off whiffs of heaven. The famous Rose gardens house more than 2000 types of roses, while the Dodabetta Tea Museum is perfect for sampling a cuppa. We can’t forget to pose at the highest peak in South India, Doddabetta at 2637 metres; and for the energetic there’s always the opportunity to trek and kayak at Avalanche Lake. 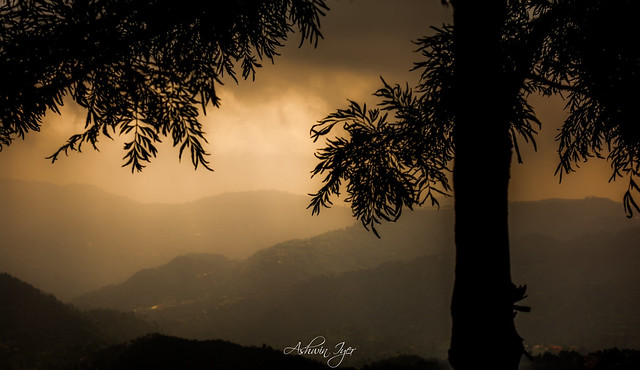 The erstwhile summer capital of the British India, Shimla is akin to India’s Rome. Why you ask? It’s built on seven hills - Observatory Hill, Inverarm Hill, Prospect Hill, Jakhoo Hill, Summer Hill, Elysium Hill and Bantony Hill. Jakhoo Hill situated at 2454 meters is the highest point, and gives resplendent views of the Himalayas. It is also the home of a 33 meter statue of the Hindu deity Hanuman, and at an altitude of 2591 meters, may be at a greater elevation than the famed Christ the Redeemer statue in Brazil.

The Christ Church on Shimla’s famous ‘Ridge’ is Northern India’s second oldest church, and can be seen from across the city. Shimla also has a number of local markets and fairs to visit. 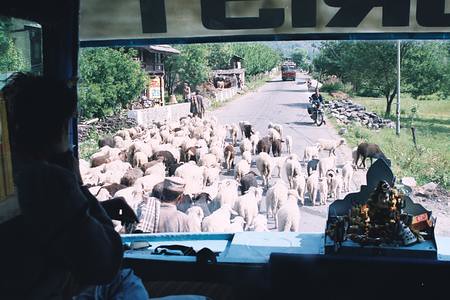 Quite close to Shimla in Himachal Pradesh is another beauty, Kullu Manali. Well, they’re actually two beautiful towns found on the banks of the Beas River, Manali and Kullu that have become synonymous with each other as Kullu Manali, and are frequented by tourists for river rafting, mountaineering, mountain biking, skiing, snowboarding, paragliding and more. The pine forests have also featured in a lot of Indian films, making it a must see for Bollywood fans.

Kullu Manali is a base for visitors to the Rohtang Pass at the altitude of 4000 metres that has amazing views of the Lahaul Valley. Natural hot springs at Vashisht, temples, waterfalls and other passes are a few of the many sights to be seen. 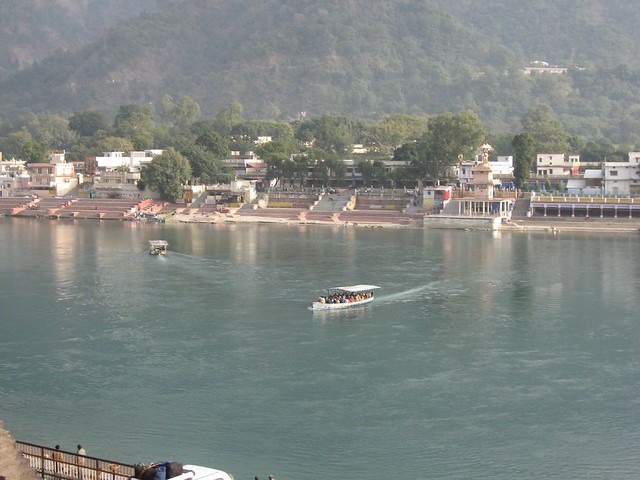 Okay, these aren’t as close as Kullu and Manali; they’re about 550 to 600 kilometres apart. But in India, they’re synonymous. So whether you’re going to Nainital or Mussorie there are a few spots you must visit.

Grassy hills and waterfalls, wooded forests and a beautiful manmade lake make Kodaikanal a lovely holiday spot. On our way into the Kodaikanal Wildlife Sanctuary, our driver stopped a number of times to point out different birds and monkeys, and flying squirrels. We tried to take pics of those squirrels mid flight, where they looked like doormats, but our phones just couldn’t click good enough. Our driver didn’t think it was safe to stop multiple times, so we were left without the pics.

You can also here a whistling sound at times, which he told was a certain type of insect moving through the trees in a swarm. Not crickets, but I forgot the name. Once inside the park there’s much to see, the beautiful lake for boating, surrounded by a paved path for walking, bicycling and horse riding nearby, although I felt real sorry for the state the horses were in. The park is also home to bison that are allowed to roam free in certain areas.

Fruits are extremely cheap here and we came back with kilograms of them – avocados, strawberries, and more. Must visit sights include the Dolphins Nose, Pillar Rock, Berijam Lake and forest, Kodaikanal Solar Observatory, the now commercialised Coakers Walk, Bryant Park, and the Shembaganur Museum of Natural History.

Berijam Forest also known as Medicine requires special permission from the forest guard for entry, since the forest is home to certain mushrooms and trees that produce hallucinogenic effects. 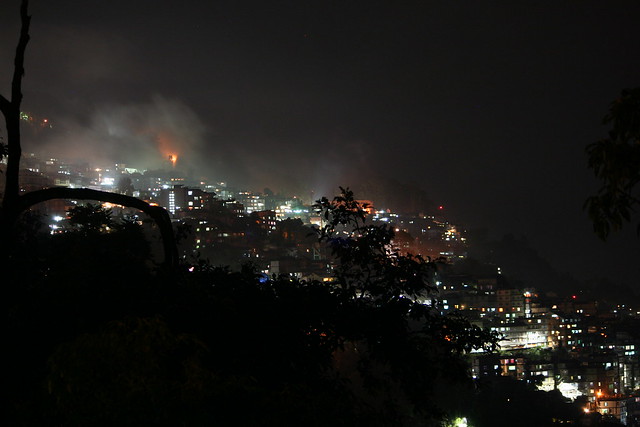 The hill station of Gangtok is the capital of Sikkim. At a height of 1650 metres in the Eastern Himalayas, Gangtok is becoming a popular ecotourism destination for locals and foreigners. Enchey and Rumtek Monastery are famous attractions. Other attractions include the Tsmongo Lake which is very close to the Chinese border, Do-Drul Chorten Stupa, Ganesh Tok, Kanchenjunga Falls, the Nathu La pass, Kyongnosla Alpine Sanctuary and more.      ​ 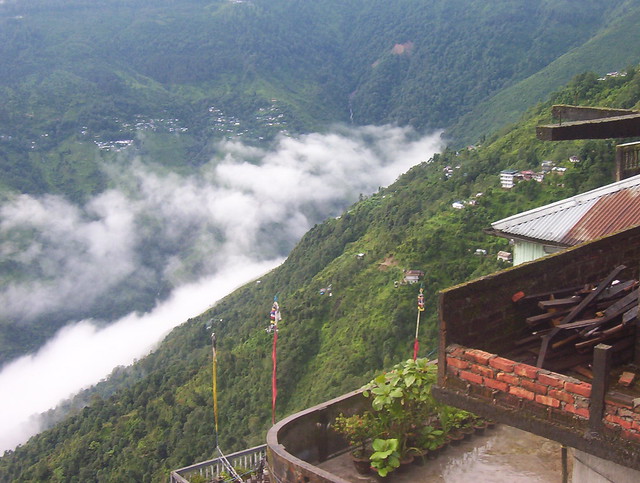 In the state of West Bengal is the home of the world famous Darjeeling tea, set at an altitude of 2042 metres. Nicknamed the ‘Queen of the Hills’, Darjeeling is home to a UNESCO Heritage site, the Darjeeling Himalayan Railway where a century old steam engine train still runs up the hill. About 13 kilometres away from Darjeeling is Tiger Hill, a trekkers paradise that is also famed for the magnificent views of sunrise over Kanchanjunga, the third highest mountain in the world.

Many places are accessible from Chowrasta, the heart of Darjeeling town; the Japanese Peace Pagoda on Jalaphar Hill being one of them. A number of monasteries, hills, parks and tea gardens make for a great holiday in Darjeeling.

If you haven’t visited these hill stations yet, you should. They are like a tall glass of cool lemonade giving you respite from the summer heat; perfect nests in the hills, to withdraw and relax. I really like my list of top 7 hill stations. Of course, since there are over 70 beautiful hill stations in India, every opinion is subjective. Maybe you liked a different hill station more? Tell me which one and tell me why? Abby is a foodie and travel blogger at TheWingedFork, still making her way out of the daily 9-to-5, or 9-to-7 rather. But she makes time to travel as often as possible. She’s travelled across parts of Europe and Asia, and loves writing about her experiences with people and cultures. And naturally, she loves food, wine and travel, and has an endless bucket list of places to go to. Her favorite things are nice rainy days, the smell of cakes in the oven, playing in the snow, glasses of wine and dark chocolate.

Earn Money Back When You Dine Out with Groupon+!

How to Travel Like A Girl Boss, No Matter What Time of the Month